While the major manufacturers strove to produce the finest wares possible, they also realized there was a market for a lower price point product. Not wishing to dilute the value of their main product line, unmarked goods provided them with a convenient solution. Often, the pieces produced were sold in alternate market channels like hardware stores, and were merely debranded versions of the regular name brand offerings.

Griswold went a step further by creating-- albeit unmarked-- a set of pots and pans entirely different from that of their main line, which they branded and labeled "Iron Mountain".

The Iron Mountain line was a reasonably full assortment of skillets (some with lids), griddles (both long and round), dutch ovens (including trivets) and a chicken fryer. The listing here is presented in pattern number order:

Pieces in the Iron Mountain pattern were offered both polished and plain unground, the latter apparently not labeled as Iron Mountain: 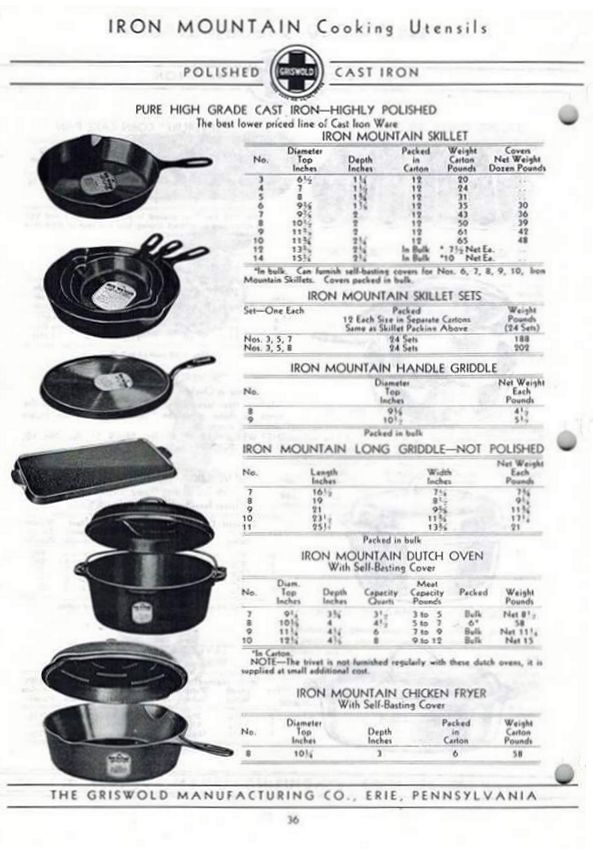 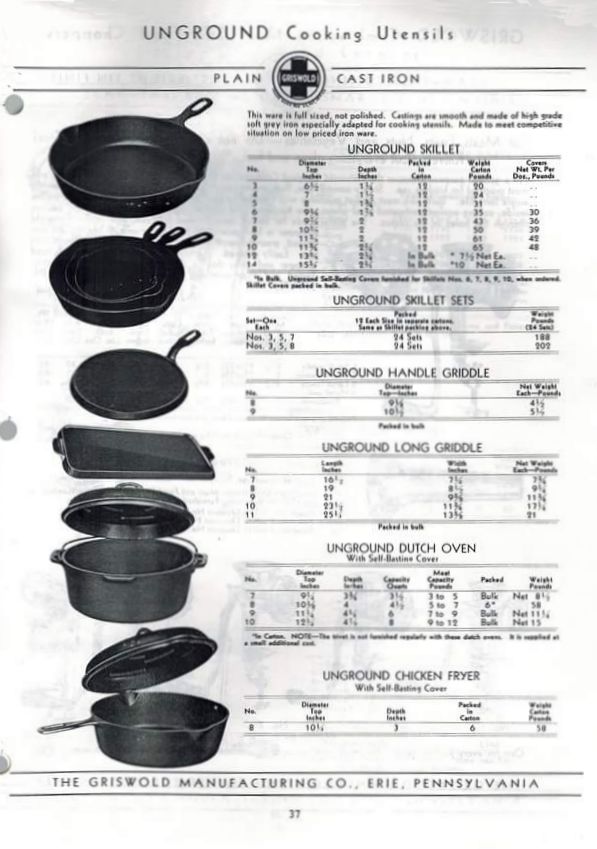 We can make a few observations regarding the differences between the polished and unground pages from the catalog and perhaps draw some conclusions. First is that the illustrations are slightly different, the polished pieces having an obvious luster the unground lack. The second is the presence of the Iron Mountain title and labeling on the polished absent from the unground. Thirdly, the verbiage on the unground page about its being "made to meet the competitive situation on low priced iron ware" is clearly aimed at sellers rather than buyers, and suggests that the polished and the lower cost unground were not intended to be sold side-by-side in the same store.

Iron Mountain pieces can be identified by their unique handle shape, the style of the basting elements on DO lids, and in all cases the distinctive font used to inscribe the pattern numbers found on each. 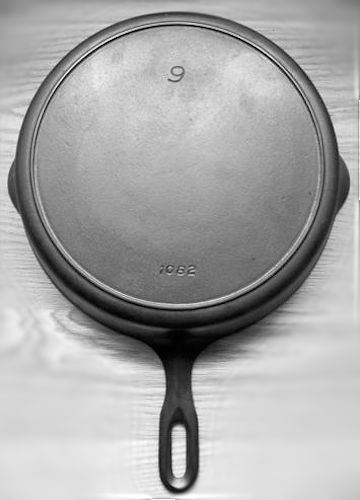 Trivia: While all the skillets have hanging holes in the shape of an elongated oval, the hole on the #5 is instead inexplicably teardrop-shaped. 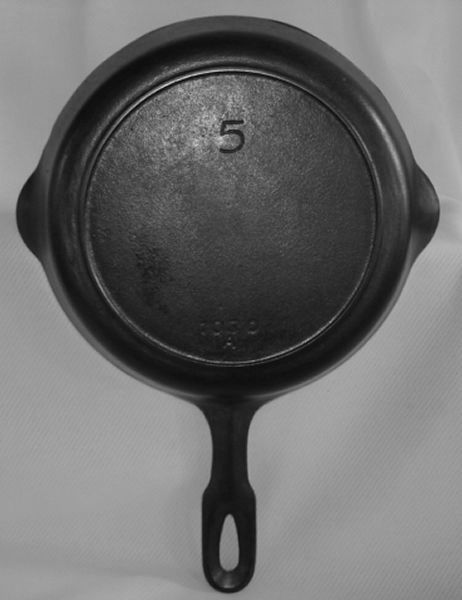 The Iron Mountain line and its unground counterpart both appear to have been marketed 1930s to early 1940s, the unground perhaps in particular response to the widespread impoverishment precipitated by the Great Depression. Both their discontinuance can likely be blamed on wartime restrictions redirecting resources elsewhere.